The abrasive media used in Abrasive Flow Grinding (also known as Abrasive Flow Machining – AFM) provides the actual material removal: polishing, deburring and edge radiusing. Each media formulation consists of a polymeric, flowable carrier into which one or more sizes of abrasive grain have been mixed. The carrier, or media base, is a viscoelastic semi-solid, which can range in viscosity from a firm putty-like material to a soft, almost grease like consistency. The elastic nature of the media base supports the abrasive grain as it flows across surfaces or through internal passages to refine surfaces and edges with a pure grinding type action. The media base itself consists of a highly elastic borosiloxane “bouncing putty” polymer blended with oil-based lubricants to increase flowability. A carrier with a high percentage of polymer will be stiff and can be used to polish or radius large features; a carrier with a high percentage of lubricant will be soft and flow easily through small or long passages.

Although any type of free abrasive grain can be blended into the carrier, the most commonly used abrasives are silicon carbide and aluminum oxide. These provide a good balance between high performance and moderate cost. Typically, the sizes of abrasive used range from a coarse 20 mesh abrasive (average particle size ~0.9 mm) to a very fine 600 mesh abrasive (average particle size ~0.9 microns). Abrasive media will contain from a low of around 25% up to around 67% by weight abrasive grain. 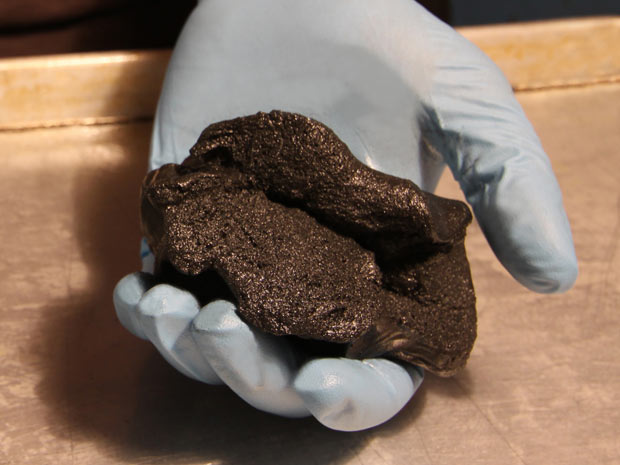 The carrier in this abrasive media has only 35% by weight polymer, so it is much softer and more flowable than the previous example. The abrasive grain is a single size, a finer 80 mesh silicon carbide, and the abrasive content is 50% by weight. This media is used to deburr relatively small diameter (2 – 3 mm) holes in fluid control components or in armatures.

The carrier in this example is even more flowable having only 30% by weight polymer. To further increase flowability, the abrasive content has also been lowered to only 30% by weight. Because of its low viscosity and fine abrasive size, this media will flow through very small diameter holes (0.4 mm), such as when repolishing fiber extrusion dies. 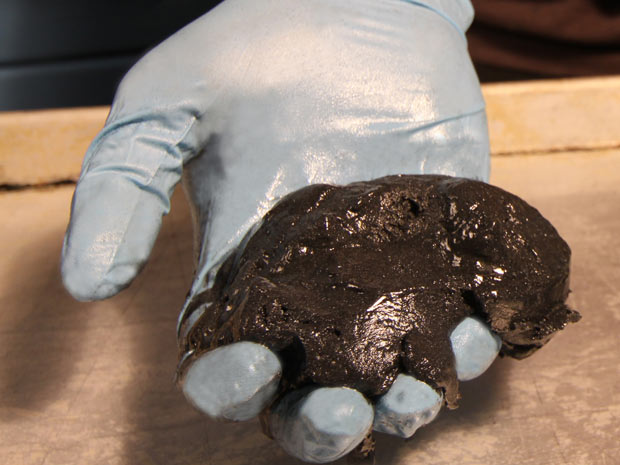 Abrasive Type: the suffix “S” following the size of an abrasive grain indicates that it is silicon carbide, the most commonly used abrasive. An “A” would indicate aluminum oxide, “B” indicates boron carbide, and “D” indicates diamond powder (for polishing tungsten carbide dies).